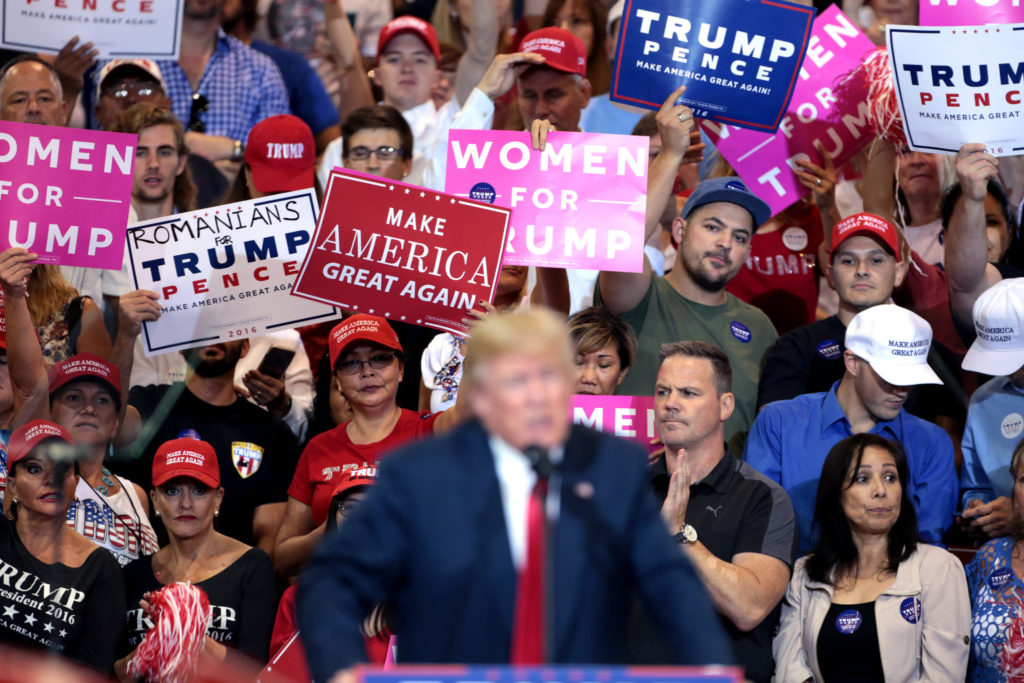 This is clearly Democratic propaganda. Trump’s not racist, and even if he was – it doesn’t make us racist just because we voted for him.

Right, because an idiot can turn one million dollars into TEN BILLION DOLLARS. An idiot can make all the outstanding business deals he’s made. Riiiiiight.

4. “Trump isn’t not delivering on any of his promises.”

Millions of jobs added, lowest unemployment rate in years, bringing factories back to America, TPP, annihilation of ISIS, border crossings are at a record low…shall I go on?

6. “He said all Hispanics are criminals and rapists! And he hates black people!”

He didn’t say that, he said that criminals and rapists are coming across the border illegally. Also, please give me one example where he has shown or said that he hates black people.

8. “He’s not even successful. He went bankrupt! Plus his dad gave him that money.”

I can guarantee you almost every single businessperson has filed for Chapter 11 Bankruptcy at one point or another. His dad gave him a LOAN of one million dollars – which Trump paid BACK TO HIM, and turned it into TEN BILLION DOLLARS.

9. “He has a weird relationship with Ivanka, and it’s clear that Melania doesn’t even love him. She just wants his money.”

It’s liberals that are sick and have made him being a good father to Ivanka seem like something it isn’t. Also, really? Look at that dance right after the Inauguration. You can see the love in her eyes. It’s NOT a Muslim ban! It’s a terrorism ban! Who’s really conflating Muslims and terrorism? Trump says he wants to crack down on travel from countries that have committed an act of terrorism on us, or have been deemed “terrorist countries”. The media instantly responds with “OMG he’s banning Muslims!” Who REALLY just called Muslims terrorists?

Saying nobody should own a gun because we have the police is like saying that no one should own a fire extinguisher because we have firefighters. Stop. The Constitution included the second amendment so that we could protect ourselves from a tyrannical government, if we must. That’s something EVERYONE should be happy about.

There’s zero indication of this, it’s just propaganda and projection from your precious Killary.

13. “Obama was a much better President.”

No, you don’t get to take something we called you and then use it incorrectly on us. Stop trying. Be original.

Then why are you here?